“Not good.” He whispered to himself.

Footsteps stormed the cabins below, followed by a rapid succession of gunfire. He could hear traders being subjected to verbal threats and physical harm. The things monolith do as they swarm your base.

He is just one loner, no one special, some guy hungry for adventure, got introduced to the zone, now doing the bidding of Sid and associates. Zaton isn’t a part of his current contract, it’s a little something neglected and maybe, he should have left it that way.

The late afternoon sun is out in full force, making this cabin uncomfortably warm. Sweat poured from his forehead. Thirst and hunger reared its ugly head and the poison he had been exposed to, slowly burned away at his skin. The loner suffered quietly but dared not move.

Back at The Outskirts, he managed to finish his recon job expeditiously. Should have returned at that moment but Zaton was just one short ride away. He could see Nimble about this PDA, do a little shopping, then return for his reward, the plan was solid, money was no object and he could afford the trip. So off he went, to find the Outskirts escort destined for Zaton.

Naturally, the zone had other plans and now the loner finds himself stranded. Pilot died moments after arrival, he was shocked to find the man’s body lying sprawled out on the deck. This was a most unexpected turn of events. The loner then sought advice from Owl, who surprisingly knew nothing about this areas route information.

The loner raged on for a while, his fellow stalkers remained unimpressed. They stood in silence and watched the animated fool ramble on about, among other things, immersive logic and unreachable loot box. What a tool.

The next best thing, seek advice from that Mercenary outpost south of here, that base at the waste processing plant. He knew this to be a risky venture, as the entire area was under Monolith control. Additionally, he wasn’t confident about that whole faction relationship thing, was it still good he wondered? Soon he discovered that the base had also been taken over, picked clean, no one and nothing left to loot.

“Not good,” he said as he hurried back along the same path he took to get there.

The entirety of Zaton had boiled down to Monolith dominance, their operators could be seen patrolling everywhere. He could stay here at the Skadovsk, something he’s been doing for going on a week now. Simply keep his distance, avoid the patrols and never venture out unless sure.

This loner has been fortunate, and he knows it, he is still flush with cash, and with the abundance of undead walkers here to harvest, he’s been doing fine. On a couple occasions he would stumble on monolith patrols that had fallen victim to mutant attacks, those were good moments, better quality loot, with little or no effort, just time spent watching that sun go up and down as he stealthily stalks around.

He remembered spying a single stalker at the far edge of the swamp, defending himself against a pack of blind dogs. Considering how easily the horde was put down, he was confident that stalker was not only experienced but well-equipped. Eventually, the stalker at the edge of the swamp fell victim to his attackers. One beast was left behind limping as it circled the corpse. The loner waited patiently for that blind beast to move further and further away, before clambering down from the safety of the deck.

He ran towards where that monolith lay, eager to see the equipment left behind, dodging pools of toxic water as he hustled forward, got about a third of the way when suddenly shots fired. His objective it seems had companions, and they were hidden. Was this a trap he wondered, as he slid into reverse displacing mud in the process. Unfortunately they had him targeted already and made that point clear. The loner ran as fast as he could back to Skadovsk, dodging side to side, splashing recklessly through the murky pond subjecting himself to the poison within. He would need to hurry, beef up his supply and quickly barricade himself somewhere, but where?

Out of ideas and facing the unease of hunger, his thoughts drifted to the cache of food foolishly left downstairs in storage. Though he still feared for his safety, he salivated for a taste of the zones finest sausage, bread and vodka, the food of Gods.

He remained in place though his stomach growled its disapproval. Thankfully, the sun was going down. The cabin, no longer a source of discomfort.

Suddenly, gunfire below. A new player had entered the arena. Monolith could be heard panicking as the commands issued appeared frantic, another explosion, cries in ‘monolith’, more gunfire, then silence. Had this new player been victorious?

The cabins were littered with bodies. All picked clean he wagered. The stench of explosives and death permeated the air. He saw an odd looking stalker crouched down by the stairs, meticulously picking through the dead, while mumbling to himself and to another called Lenny. Strange, the loner thought, there is no Lenny here, just me, him, the traders and a blanket of dead stalkers. Best leave this one alone for now the loner thought, and take care of immediate needs. Anti-rads and nourishment is on the menu, and this loner is famished. 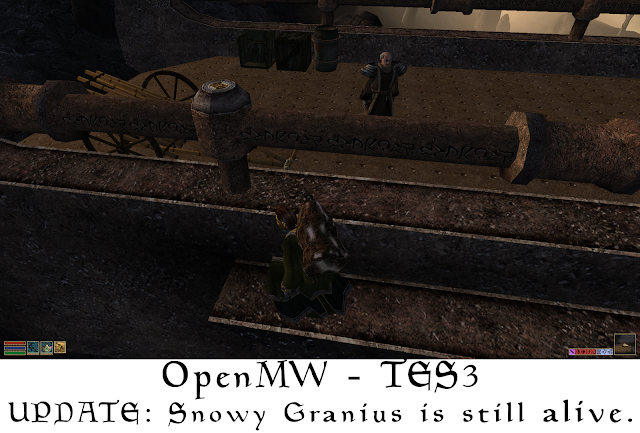