The afternoon sun had yet to appear, as thick black clouds dominated the sky. The day was as dark as night, and the pouring rain offered little comfort to those out in the zone. The fugitive he sought elected to take refuge at the lookout point above the passage. That observation nest next to the precariously hanging boxcar, located on the east side of the broken bridge. A safe enough position, if you know what you are doing. You get high ground advantage, concrete and steel for protection, and should a horde ever pass by unexpected, the dangling compartment can be used as safe haven. The loner stared at that hanging boxcar momentarily, wondering how long before the rust holding it up surrenders to gravity. He then turned his focus back to the lone fugitive. He could easily tell by the erratic behaviour, the level of unease experienced. That runaway should have kept going the loner thought, should never have stopped. At least, not there.

When the loner reached north Cordon, he was greeted by torrential rain. The skies were dark, covered with clouds that selfishly denied sunlight it’s rightful entry into the zone, rendering visibility poor. The idea of having to negotiate a gunfight at this time was already unacceptable. Despite all that, a shootout it would be anyway.

Up ahead, he could hear gunfire erupt from the farm. He hung back momentarily and waited for the excitement to die down, then checked the message boards for the public death announcement, curious to see who the participants were. There was nothing posted, not at that moment.

As he slowly crept up to the entrance, the rain drummed rhythmically on top of his helmet. There, ahead of  him and lying in the mud, he saw a handful of bodies strewn indiscriminately across the front yard. Try as he may, he could not identify the factions. That heavy rainfall made it difficult to see, and showed little sign of abating. Shots continued though, from the last shooter who was entrenched and well protected inside that fence cursing relentlessly, while peppering the traders doorway with his AK. At least, it sounded like one.

The loner heard the weapon misfire, followed by colorful Russian references. He dared not expose himself with a direct approach, and thought it best to slip unseen into the yard, over to the makeshift observation point on the north side, and scale that wall up onto the roof. An act made that much more difficult by the pouring rain. The loner had enabled night vision, but still couldn’t tell for sure what faction the shooter represented, even from this vantage point. The man looked military, the loner thought. But, should that matter? That man’s ire was not only directed towards an associate of Sid, it was also directed towards his given directive, and had to be stopped. When the loners bullet pierced the attackers helmet, he crumpled lifelessly to the ground in silence. Above, the thunderstorm raged on unabated and undisturbed by the moment.

Inside the farmhouse, Xenotech, his directive told a harrowing tale of the assault. It was the Military he said.

“Why did it have to be the military,” the loner groaned.

Xenotech continued on with his tale, meanwhile the loner selfishly weighed his options. On one hand he wanted no quarrel with that faction. On the other, they brought the quarrel to him.

“One of the assailants fled the fight,” Xeno mentioned, “last seen headed towards the bridge.”

The task now, was to find that runaway and put an end to him. The loner knew all too well where to find this runaway, and plotted a path to get to that point without being seen. Targeting him from the west side of that broken bridge would be the best bet he thought. The added goal here, was to avoid the commonly posted public “death announcements” courtesy of the zones message board. The loner thought that if he eliminated this target unseen and without incident, the zone would not record his involvement, leaving his relations undisturbed.

“Could that work?” he questioned, the Zone said nothing in response.

The loner immediately went about collecting loot from the fallen then traded away that haul for more rubles. He then secured himself packages of armour piercers, and set off in the still pouring rain to find that stray. As he traveled south, he stayed away from the road, preferring to move alongside through the bushes. The rains relentless patter against his helmet, lulled the loner into thoughts of stories told by colleagues. Stalkers would often share fantastic tales of adventure over a drink or more. Some were true, others questionable. He once heard stories of a time in the zone where toxic rainfall and extreme daytime radiation was the norm. He shuddered at the thought of traveling a world like that, and thanked the Zone for no longer harbouring such misery. Thunder rumbled on as he made the ascent up the western hillside to the tracks. Upon arrival, he dropped to a prone position then shuffled himself forward, for a quick peek.

And there he was, not too far away and visible enough to have confidence in his shot. That stalker was oblivious to the loners presence and appeared to be dug in at the moment, with no plans to leave. There was time. The loner remained prone and out of sight as he kept watch.

The main military base in Cordon is further south. The fugitive would have had to slip by the bandit encampment up ahead, negotiate possible livestock on the way, then a loner camp after that, to reach safety. A journey best left to seasoned stalkers, or at least a squad. Perhaps the reason that runaway hasn’t left or perhaps he is simply waiting for reinforcements.

The loner wasn’t sure how the heavy rain would affect his bullet. He decided to take the chance and once again put that stalkers head in his crosshairs, held his breath for a moment, gently squeezed, and watched the deadly projectile carve a path through the rain before making impact. The fugitive fell quietly and without incident. He then returned to the farm, drenched from head to toe, and without hesitation, traded away that fugitive’s loot.

“The job is done,” he told the tech, who in turn sent word to Sid and offered his reward.

After hearing of the loners accomplishment, a new directive appeared. This time back to the swamps to meet with another stalker called Cold.

The loner stayed at the farm in Cordon for a while, waiting for the rain to die down. He monitored the messages posted in chat. That military loner quarrel from earlier, had already been reported by the announcement team. They had yet to share updates on his kills today.

“Did this plan work,” he wondered. “Can stealth be this useful in the zone?”

Thunderous rumble from above was the Zone’s only response.

what would you want to see in a S.T.A.L.K.E.R. movie adaptation?

i like writing movies for fun, and yesterday while playing anomaly, i started thinking "how would a stalker movie look like?" so i decided to try my hand at writing one. but since stalker means different things to different people, i've decided to ask the community what they feel should be included [More]

Serious question. What the hell happened to ANTIFA,

I was under the impression they were the fifth horseman of the apocalypse or something like that. 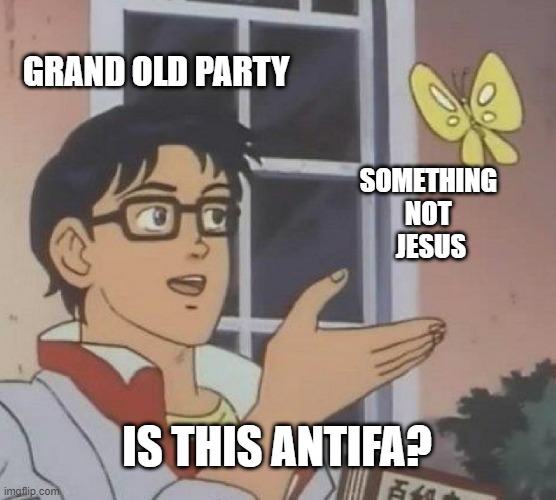