A few more transistors with a couple of capacitors, is all the loner needs to implement the upgrade. He yearned for new features, whatever they were. There isn’t a whole lot of  documentation on the topic. Hell, he didn’t even know PDAs could be upgraded. Discovered that fun fact whilst window shopping at Owls.

The loner still had no idea how the trader was getting supplies, and his distrust never waned. Owl boasted all kinds of new armours, weapons and tools. Not a crafting kit or instruction manual in sight. It is strange that traders don’t carry them and even stranger that they can only be found in the wild. So, who the hell is selling them?

Beard had an infestation he wanted cleared. Another day another Ruble the loner thought, then busied himself by his equipment cache, unloading the unnecessary. The target was located at the northern part of Zaton. A gorgeous open plain, just above the toxic lake. The very place he once dreamt of being mauled to death by Bloodsuckers. The loner had experienced a few odd dreams of late, some more disturbing than others. Last nights dream bordered on the disturbing side, as it occurred at the area he was headed towards, extra caution will be demonstrated, when he gets there.
.

Excuse me sir… from r/stalker

All clear, he determined, after surveying the path ahead. The loner will do the typical run through the swamp to that tree. Scout for hostiles, then continue on his way. He scrapped that plan immediately, when friendly icons appeared on his map. His last minute PDA check revealed a squad of loners coming in from the north, over by the Boiler.

Lately, squads coming from the north would avoid Skadovsk, and continue their way east towards the Ranger station. He never understood why? He would escort them there, but would always lose them as the squads would give him the slip, leaving him alone and confused. He never did figure out where they went. More stalker secrets he wagered.

A new team is traveling through now, he will wait here, and meet them as they pass.

Just then, a mild tremor. The ship began to shudder ever so rhythmically and It continued on, as if following the pattern of a giants footsteps. He looked to his left, and saw nothing. Then looked to his right, and there it was. An absolute unit of a pseudo-giant, roaming the base of the eastern slope. The giant appeared about as confused as the loner looked and behaved as such

“The hell is that doing here?” He then did a double take. “It wasn’t there a minute ago.”

Rare for pseudo-giants to show up in this part of Zaton. Probably got lost while hunting. Either way, it cannot be here, not with friendlies on the way. The beast would need to be put down before they get here.

Fortunately, the loner would not allow this task to be a burden on the approaching loner squad. Nor would he allow it to be a burden on to himself. There was no need for any of that nonsense. Because at that moment, it became clear, the burden would be on that hapless crew strolling across the swamp. He spied, four monolith stalkers through the tall reeds, as they marched along the path that led them towards the slope, where the giant had elected to roam.

From the safety of Skadovsk the loner observed the pseudo giants movements. When compared to the squad, the creatures pattern was erratic. And, to his horror, he soon realized that there was a chance the two entities, the giant and the squad, would never meet. Not without some encouragement.

The loner took aim and placed his first shot into the armour of one of the stalkers. That made the squad pause and look around. The second forced them to take cover. The loner then fired repeatedly at the giant, encouraging it to come close. Until finally, it became that squads’ problem.

Needless to say, that four man team had their hands full, they immediately turned their attention to the giant beast stomping them out of cover, a welcome relief he thought. Because even though the loner remain hidden on the ship, a few of their responses did come close. Causing him to question the veracity of his decision.

The loner did not remain idle, he continued his contribution to the fray, he shot at everything that moved, his intention, to expedite the process. The four man team was in a panic as their world was being rocked from all sides. It was a shameless moment but about as efficient a kill as he would ever get.

A few more rounds expelled, then all went quiet. A moment for the smoke to clear, then it was time to loot. He rushed to the scene anxious to see what this team had on hand. He was not that disappointed this time, and hauled as much as he could carry back to the ship without disassembly.

His infestation task will have to wait, there is this modern A.R. that needs immediate attention. 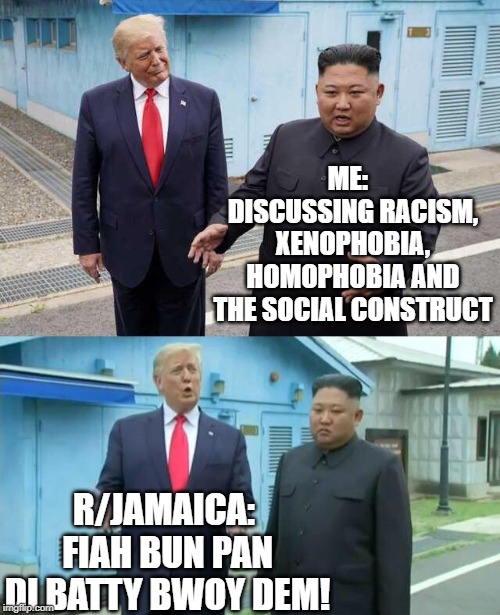