Team monolith had set up shop at the tunnels entrance and they were not pleased to see some random loner casually stroll into their base. It was highly disrespectful and they made their grievances known, but, in an unfortunate way.


In the loners defense, he was flying high from stimulants and a little distracted by the love for life he was experiencing. Indeed it was a beautiful day, the sun was up, the sky was blue and he had just barely survived a full on psi-emissions bath. He wasn’t sure which was worse, near zombification or a giants’ ball sack humiliation. Amazing the bouquet of cruelty exhibited by the zone.


It was the grenade that snapped him too. He didn’t see the thing, but could hear it. His rapid one eighty out the entrance could not come soon enough, the loner braced himself, while further inside he could hear monolith chatter escalate above the stairway, then get cut off by a deafening blast. Shards of explosives could be heard peppering the walls, then all went quiet.


There were three of them piled by the foot of the stairs, the loner carefully stepped over their lifeless forms to continue on his way. That is, after liberating a select few items from their possessions.


“I suppose the vice is open for use,” he observed in passing.


The loner had yet to learn how to make use of that thing, but it is available now. “Score, I guess.”


Darkness greeted the loner when he entered the tunnels. His eyes had yet to adjust although he could make out shapes and structures. As the tunnel took form he ventured to the walkway left of the main route and sat in the corner rummaging through his supplies. Four stims left, would that be enough? He could see abandoned vehicles litter the passage ahead, signs that radiation levels could be high in some places. He would have to be extra careful going forward. Just then, a shuffling could be heard coming from around the bend. The loner immediately enabled his night vision, and prepared himself.


After he disposed of that Snork and its rodent companions, the loner thought it best to stay above ground when possible. He soon found himself perched atop one of the few abandoned trucks he could find, with the least amount of radiation, then took aim. There was another Snork up ahead in the distance, in a panic and scrambling back and forth. Perhaps wondering where that pain was coming from. The loner took his time, waited patiently and fired only when the opportunity became available. The Snork died never understanding why.


Sniping from a distance became the loners’ mode of operation as he traveled through the tunnel. That strategy served him well until after he cleared the massive Snork infestation that occupied the main chamber. That encounter near depleted, his munitions supply.


The latter portion of his journey had him borrowing weapons from the fallen undead as he worked his way forward. All broken and worn equipment, firing old munitions, rendering each use a gamble and would swear colorfully, whenever they misfired. The seemingly endless supply of undead approaching his position slowed his progress, but he held strong and fought valiantly. Mostly with the looted equipment.


“This has to be the most excitement this undead mob has seen in a while,” he quipped


With what appeared to be a sad looking shotgun, the loner took aim and pulled the trigger. Another misfire, followed by a series of graphic english references, then back to cover to make decisions, reload or replace. The loner did accumulate a small arsenal along the way, even though it was all trash.


After securing that passage, he took a moment to rest before exiting. He sorted through his collection, disassemble what he could while abandoning some. No other stalkers travelled the tunnels, this was something else he noticed. They were probably better prepared for Pripyat, than he was at the moment.


“It’s gonna cost more than this hauls worth to repair the multi-tool,” he said disappointed by the collection, as he shouldered his pack.


He looked up at the long climb he was about to take, then slowly began his ascent into The Outskirts.

Good day to you, Stalker.

We are here again, and we are happy to present you a new update that we are sure you have been waiting for a long time!

Modification version 0.6.8 is an extreme update to version 0.6, but this is clearly not the end of [More] 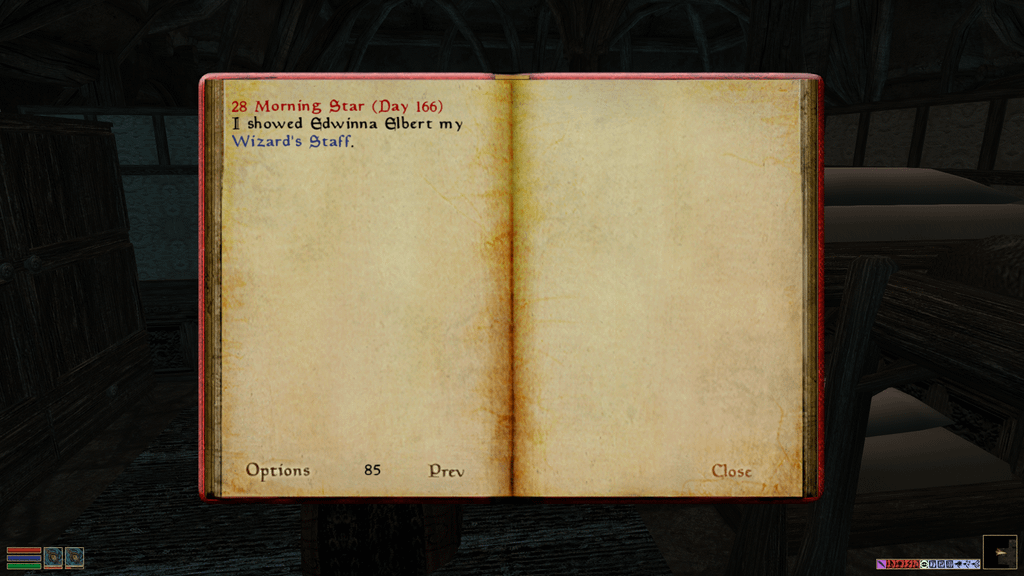 SCREENSHOT: Morning Star Addendum - Pleased she was. from r/listgrotto