As I sit here nursing on this warm glass of vodka, I am contemplating the fate of that unnamed loner stranded in Zaton. It isn’t his fault at all, just a few decisions made that conflict with the rules of the zone as it stands today.

Limitations are there for a reason you know.

I would love to start another story claiming how that loner was pleased to leave Zaton behind, how he would miss the comfort established there on the ship, no longer stranded in Zaton would have been the pseudo title, but that isn’t the case, he is stranded, cut off from the rest of the world, the zone has dictated that much and rules are rules.

His life in Zaton continues on but as a storyteller the interest wanes, I tend to encourage my characters to Rosencrantz and Guildenstern their way around the world, while interacting with the flow. Seems this stalker broke that flow. I had imagined this character finding a device or document and the exciting story around that big reveal. Suppose it could happen, but how long will it take? What are the chances the stalker carrying that information could show up dead or alive.

Slim I tell you. Note to self: Always enable zone accessibility when doing free play.

Teleported that character out as was suggested by a fellow zone enthusiast, but that moment tainted everything. Adventures beyond that point seemed hollow and meaningless. A stalker exists within the rules dictated by the zone, and only the zone knows its truth. Not to mention the utter annoyance of discovering that none of Jupiter’s’ inhabitants, knew how to get back to Zaton.

I’ve since reloaded his Zaton tenure and that stranded status will remain as such for the duration of his existence. Perhaps one day he will happen across a that tiny bit of data that will reveal the hidden passage and allow him to continue his adventures further into the zone.

Hah, not likely. Chances are this character will be forgotten as this storyteller will move on to the lives of greener stalkers.

So it goes in the Zone.

Hello. I thought it would be a fun idea to ask Reddit what they think is the best S.T.A.L.K.E.R. game. So if you got the time, reply to this post with your favourite game in the series and what makes it better then the other two. If you don't have the time [More]

MEME: That did not bring me joy 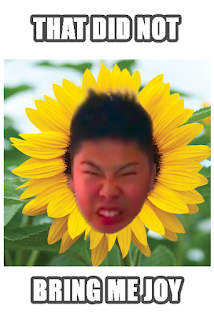 I will argue if you don't agree that this is the best one.. from r/funny

Starwind Remastered, a force of goodness